For most lay people interested in learning more about the world of psychic abilities and extrasensory perception, who may be interested in working with Atlanta’s best psychic, there is a huge learning curve as you encounter a series of unfamiliar concepts and terminology that can be difficult for the newcomer to understand and internalize.

While the psychic field does have a set of language that can be familiar to an outsider, you can quickly gain a working knowledge of the subject with just a little guidance. Upon finishing this article, you will have a thorough understanding of what each of the main types of psychic abilities entails, allowing you to have an informed conversation with anyone in the field and providing you with the tools necessary to find Atlanta’s best psychic. Also check out my article on different types of psychic readings to gain a full understanding of the tools used to harness psychic information. 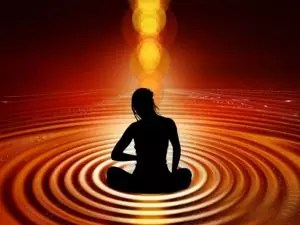 One of the most frequently used terms in the psychic field, clairvoyance refers to a person who is capable of seeing alternative realities or dimensions, energy fields and auras, visions and even events that are far away from the individual’s physical location. This phenomenon is most frequently referred to as “psychic viewing” by lay people. Psychics with a well-practiced and developed clairvoyant ability are capable of performing autoscopy and heteroscopy.

Someone who is clairaudient is capable of hearing events that occur in both the physical and non-physical world through the use of their psychic abilities. An example of this is that your psychic medium may be able to hear a conversation occurring halfway across the world, despite physically being in the same room as you.

It is important to note that this ability does not involve the ability to hear the voices of spirits and ghosts, but rather allows the person to hear the conversation and happenings of physical people who are located far away geographically.

Another of the most popularly known psychic abilities, clairsentience allows a psychic medium to know information that should otherwise be unknown to them. For example, if you visit your psychic for the first time and yet they already know your name and birthday, you have just witnessed an example of clairsentience in action.

Probably the single most well-known psychic ability, divination involves activities such as fortune telling and seeing the future. Such a psychic is capable of viewing future events and paths in your life using a minimum amount of information or simply by sitting in the same room as you.

Intuition involves psychic abilities not only utilized by Atlanta’s best psychics, but are also found in many laypeople with a naturally developed psychic ability. Intuition involves the ability to sense things, whether they be events, personal characteristics, and thoughts, that normal human beings should be unable to perceive. For example, someone with intuition may sense that something bad will happen on a specific flight and will therefore avoid boarding the airplane in question.