The History of Psychics & Mediums

The History of Psychics & Mediums

A History of Psychics

While many people tend to think of psychic mediums as a relatively new phenomenon, this could not be further from the truth. Those with psychic abilities have held important positions in religious and spiritual movements throughout time, from the ancient world to modern-day western culture. Read on to learn more about the history of psychics and the presence of psychic abilities throughout ancient history. 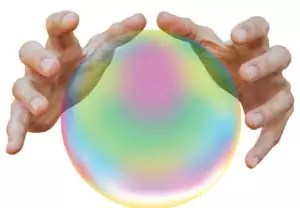 History of Psychics in The Ancient World

If you look at the history of psychics in any ancient culture, no matter where in the world they were located or what time period they existed in, you will find a group of people who were known for their well developed psychic abilities. Psychics performed a very important role in the royal court of ancient Egypt. The pharaoh’s, military generals, and civic leaders consulted psychics daily for guidance on matters that were both mundane and of great importance.

Psychics were consulted before planting grains and celebrating the farming season. They were also consulted before major decisions were made on military campaigns, public policy changes, and lines of succession. They were looked upon highly and with respect by the larger population, and were afforded a position of prestige and power among the royal family.

The Rise of Monotheism

Although the history of psychics once held such individuals in positions of great power and influence in the ancient world, their political power and social capital quickly began to wane as monotheistic religions, such as Judaism, Christianity, and Islam began to emerge and attract ever larger numbers of followers. The final nail in the coffin for many psychic practitioners was the adoption of these formerly fringe religions as state religions, where the government outlawed all competing spiritual lineages.

As the monotheistic religions began to gain political power, psychics were no longer called upon to provide advice and guidance on important matters to senior leaders. Instead, psychics began to be treated as threats to the emerging religious movements, and those who were formerly held in such high regard were now imprisoned and threatened with violence for their beliefs. In addition, senior religious leaders began to refer to extrasensory perception as the “Devil’s work” and practitioners were increasingly shunned from mainstream society.

The Return of the Psychic

While psychics were largely derided and excluded from mainstream Western society for years, they have undergone a remarkable resurgence over the last century. Psychic abilities are undergoing more rigorous testing from the scientific community, and the culture has been embraced by Hollywood, police departments across the United States, and individuals interested in unlocking their future.

You cannot walk through an urban neighborhood in the United States without passing a sign for a psychic, and millions of people throughout the country are embracing the insights that extrasensory perception can bring. If you are interested in learning more about your future and developing your own psychic abilities, reach out to Atlanta’s best psychic today for an introductory meeting.